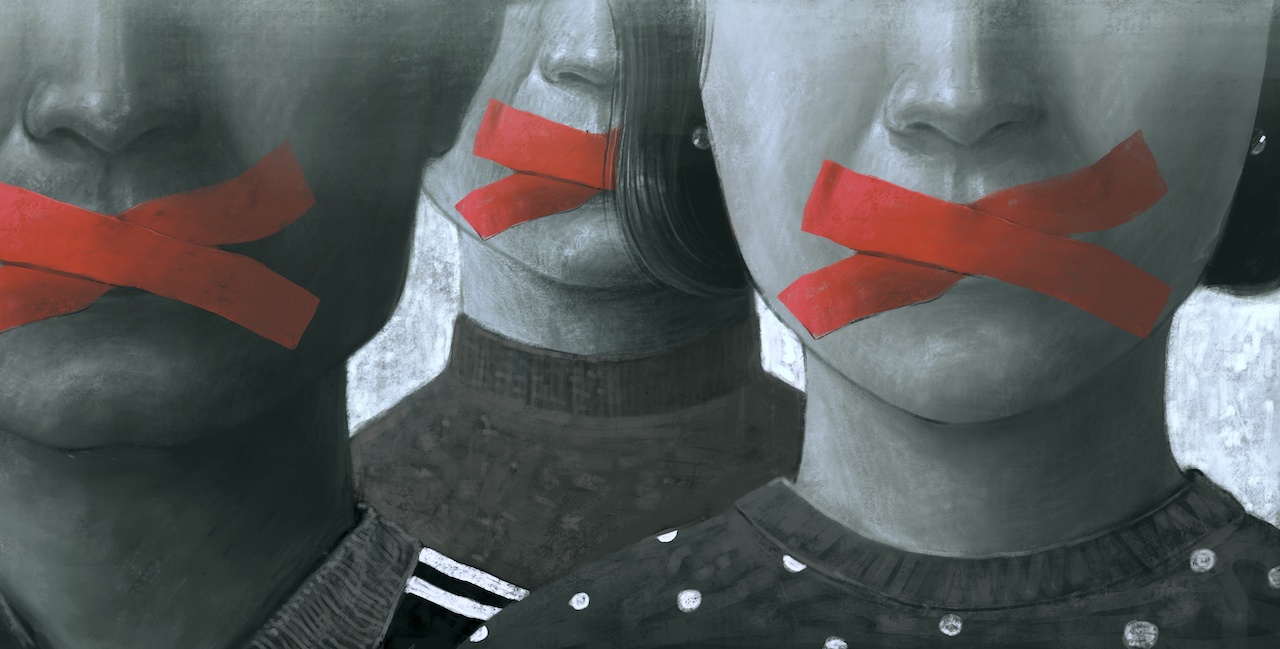 By Steven Woolfe2 January, 2022No Comments

2022 ushers in another year and like so many I am filled with that eternal spirit of hope for a better year. Hope springs eternal they say so I am here eternally springing hope into my life. Nevertheless 2022 a year that will define the meaning of liberty.

Just like any other new year twenty twenty-two brings the usual array of TV shows and news outlets recapping the year before, celebrating the celebrities that died, honouring those on the honours list, or rightly dishonouring them in Tony Blairs case, and looking forward to what faces us in the new year. Reflection and foresight are important parts of human learning and so I will attempt to do just that.

I was born at the back end of the ‘60s so I am in my half century of life. It is a good time to reflect upon the world I live in and how we got here. There is absolutely no doubt that that world I was born in is vastly different in so many ways but, significantly it remains entirely the same for many in respect of the economic and structural levels that people have to survive in Britain today.

As an example, I was born on a council estate in central Manchester, and I grew up on an estate that was mainly white working class from England and Ireland. Poverty and low incomes were the norm. The cost of housing, coal and electricity, food took up most of our income. Holidays were rare and mainly in the UK. The Lake District, Wales and Cornwall were incredible rural beacons of beauty that filled our imagination and adventure. They live with me today as standard bearers of an England that once was England.

Today with the UK has a population of near 68 million and it still has 14.5 million people in poverty. According to the Institute for Public Policy research 17.4% of people are struggling to make ends meet. Increasingly the cost of rents outstrip any benefits provided and working can leave very little in the pockets of the poor.  The cost of energy is rising dramatically. I have watched my own gas bill rise 22% this year and OFCOM has warned bills will rise 30% next year. Yet incomes of those poorest, pensioners and workers will be lucky to rise 2%.

During the pandemic lockdowns and restrictions this inequality has exacerbated as governments destroyed wealth of small businesses but directly and indirectly added the worlds billionaires coffers. According to Forbes the world has now 2,755 billionaires who’s combined worth is $13.1 Trillion dollars up $8Trillion dollars in one year.  A truly outlandish and grotesque fact that chills bones of those seeking equality and equanimity.

In the ‘60s 4% of students went to university mostly middle and upper middle class parents today the number is above 40%. However, despite this rise only 28% of those students come from working class backgrounds.  More importantly though is that the major universities, those that end up with its students in positions of power, government business have fewer than 5% white working class students in their intakes.

I was one of those lucky working class students to get into university.  It wasn’t Oxbridge but it was a reasonable one. I worked hard and became a barrister. That route remains but the numbers remain close to those figures of the sixties. The question is why are our nations lowest income students not getting the chance? Yet universities now accept 22% of their population from foreign countries. Is the answer that universities are now businesses and teaching the wealth of the worlds rich is a better business model than educating the countries own poor?

So despite the huge social, industrial and technological changes the fundamentals of life. Housing, food, heating and how you pay for them haven’t changed dramatically for those who grow up on estates I did nor the opportunities in education to escape and join the wealth and power controllers in society.

Yet positive fundamental change has occurred for many. There have been positive improvements in rights for women, the gay community, ethnic communities, those with physical disabilities.

According to Pink News the UK Parliament is the gayest in the world and has more LGBT representatives than the percentage in the population. Similarly Women MPs in the Labour Party are greater than 50%. We see on television shows and sport the successes and triumphs of those who have physical disabilities that do not define them. Asian descendant politicians are in charge of three of the 5 most important political jobs, Chancellor, Home Secretary and  Health Secretary as well as London Mayor.

There is no doubt when we watch our TVs that despite the UK being 80% white if you are from an ethnic background you can reach the top of any sport, business, politics or anything in the Uk. The same applies if you are gay, a women. To say otherwise is simply untrue and a political statement seeking to divide communities that see equality in action.

Yet it was Tony Blairs knighthood that I was reminded of someone who, with his coterie of extremist progressives set out a course to alter Britain in their vision and in doing so created some of the most damaging and long-lasting changes to Britain.

Until 1997 Britain population had begun to equalise with numbers of deaths similar to births and the net migration figure figures rising slightly. Immigration policy had been mainly off the political agenda due to consensus. Then Blair, according to his aide Andrew Neither wanted to rub the rights nose in diversity promoting permanent ethnic change to the electoral advantage of Labour.

Labour was losing the traditional working class and new it. So as many detractors of Blair said he was importing votes and at the same time hoped to increase EU citizens to bolster his Eu credentials and change support in Britain to the EU. Recent government release of secret papers confirm this.

The impact on Britain is clear. 3.3 million people came to Britain in the years 2001 to 2013. In 2104 nearly half a million came. The Non-UK born population of Britain is now nearly 10 million or 15% with 60% being non-EU.  Projected UK population will make the UK over 70 million and England in the top 5 most dense countries in the world.

No-one is immune to seeing the damage on Britain that a mass population boom has caused driven by mass immigration boom that is the legacy of the Blairs liberalism and adopted by similar progressive Conservatives like Cameron and May.

The greatest impact is housing and roads. On average we have seen 160,000 new homes built in the UK each year in the past 20 years or 3.2 million. The impact on the country and its open space has been devastating. Fields and trees destroyed, the visual beauty of England in particular destroyed, over crowding in villages. Cities are becoming megapolis’s. Towns becoming cities, villages becoming towns and the fusion of regions into one. Soon my home of Manchester will look likes its joined Liverpool as one mega city. Yet house prices never go down even during crashed as the population rises and creates a house builders dream demand

Roads permeate the ever increasing sprawl of concrete and peace and quiet is diminished leading to a major cause in the rise of mental health that increasing density brings. Add in demand for food and goods creating more road chaos from lorries, need for schools, hospitals the list goes on.

The next stage of this illiberal Blair policy is now deep within our political and work culture. Starting out as political correctness the demands of ethnic minorities who were not born in the UK for equality has morphed into the tyranny of the minorities cancel culture.

New legions of the newly oppressed educated on scholarships at the worlds best universities like Oxford demand that being white has privilege despite the fact they rarely see a white working class student amongst their ilk. They abuse the freedoms that people died so that they  could actually be free and seek to tear down our history, remove books from circulation, put explanatory notes on works of art and like all good communists even change our English language to suit their tyrannical views.

A combination of the children of the privileged backed by a coterie of divisive marxists and minority spokespeople seek to exploit the increased non-Uk born population figures for their own grandeur, wealth and fame whilst pretending to advocate equality.

Utter rubbish as we know. Yet their tactics of fear and abuse work. Like modern day children of Chairman Mao they know the power of a good culture war and how fear of the mob makes the masses cower. All the while they reap the financial benefits. Take a look at how the author of the most successful Harry Potter series JK Rowling has been cancelled or the numerous professors and educationalists, tv presenters and politicians.

2022 is the last stand for traditional conservatives, lovers of freedom of speech and true liberals across the globe to protect our rights. The former US President Ronald Reagan once said:

“Freedom is never more than one generation away from extinction. We didn’t pass it on to our children in the bloodstream. The only way they can inherit the freedom we have known is if we fight for it, protect it, defend it, and then hand it to them with the well fought lessons of how they in their lifetime must do the same. And if you and I don’t do this, then you and I may well spend our sunset years telling our children and our children’s children what it once was like in America when men were free.”

If I was the Chinese I would look at how Western governments and society has capitulated their freedoms to the cancel culture mobs and the mask controlling elite and see that not only was Reagan right but they can take advantage of the West because we are weak. The Wests greatest strength was its belief in freedom to liberate lives. Its greatest weakness is surrendering it to the mob.

This article was first published on LIBERTATIO.COM