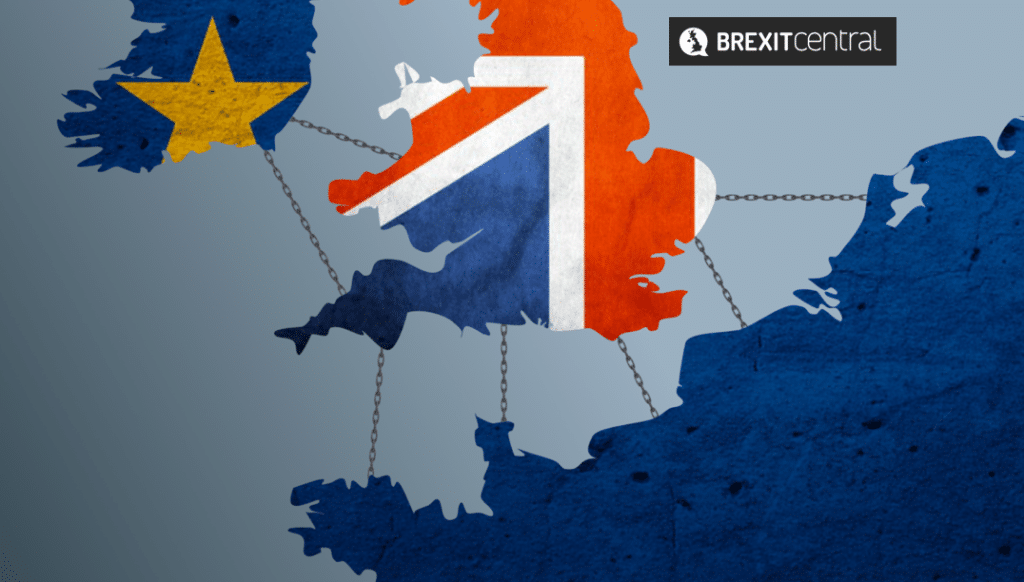 Those of us who have made our lives in Brussels have always known it: EU referendums are a trick for idiots. The people can vote, but their vote will have no effect, not unless the vote is what the EU wants.

Of course, I thought that would not apply to the UK; we are not idiots.

But it turns out that maybe we are.

The Prime Minister is now giving out signals she is willing to extend Article 50. Here is the first signal. At the EU-Arab summit at the weekend, Mrs May produced a new, shrunken assurance on Brexit day: “It’s still within our grasp to leave the EU by 29th March,” she said. Not that Brexit is going to happen on the day she had repeatedly promised. Just that it’s there, around, in the neighbourhood of possibility.

The second signal was the story in the Telegraph that Number 10 is preparing to ask for a two months’ extension to Article 50. The decision for extension will be presented by the Government as a political manoeuvre to placate those Conservative MPs who are refusing to consider leaving the EU without a deal. Short-term stuff. No more than eight weeks. Just enough time to get the assurances in respect of the Withdrawal Agreement for which we have been negotiating and agree the deal.

Except there have been no negotiations for months, so that, right there, is a fraud. Nothing has changed in the Withdrawal Agreement since it was agreed between the Prime Minister and the EU last year. Not a word, not an inflection. Nothing.

There have been trips to Brussels by Mrs May and others, of course. But there have been no negotiations. The deal, a deal exactly to suit the EU, was agreed last year, and done. What Mrs May and the others do in their meetings at the Commission is nothing but a pantomime of a negotiation. There are no negotiations going on now over the Withdrawal Agreement. A two-month Article 50 extension would continue the same level of negotiations, which is, exactly level zero.

One could say even that there have never been any negotiations, not negotiations as anyone British would understand the term. As Yanis Varoufakis, the former Greek finance minister who was politically mauled when he tried to negotiate changes to eurozone demands on Greece in 20015, told the BBC last November:

“Once the European Union presents a deal on the table, there is no way that it can be unpicked. It is take it or leave it. Nobody negotiates with the European Union… Bureaucrats are like software, like algorithms. They have a check list. Mr Barnier has no mandate to negotiate with Mrs May on anything of substance. So he goes tick, tick, tick.”

Why then are the Commission signalling that of course they would ensure that all 27 other member states would agree to an extension for “further negotiations” – when they know there are no negotiations at all? Because it suits their technique. Since the foundation of what would become the EU, the tactic used by negotiators in getting what they want is “engrénage” or gearing – meaning no sudden demands, no sudden moves, only the gradual ratcheting up of a process.

Or as Varoufakis identified, tick, tick, tick. What is important is to understand who it is who draws up any Brexit checklist that must be ticked: Martin Selmayr, the German lawyer and bureaucrat who runs the European Commission, leaving Jean-Claude Juncker free to enjoy lunch. He has only two aims when dealing with Brexit: either manoeuvre the United Kingdom to stay and have its billions of pounds pour into the EU’s 2021 seven-year multi-annual financial framework –  or leave and be punished. The report that Selmayr said “losing Northern Ireland is the price Britain must pay for Brexit” sounds true to those of us in Brussels who have watched his skill in manipulation.

Which is why this idea of a two-month Article 50 extension would be deadly. It is the next click of the gear. Selmayr would nod through a two-month extension, allowing Mrs May to pretend she will go on with negotiations.

There would in fact be no more negotiations, only meetings.

At the end of the two-month extension, the Withdrawal Agreement on the table would be the same one which is on the table now. The European elections would call for another extension fix of some sort – perhaps saying that MEPs such as myself can go on sitting in the European Parliament until the end of this year “to allow more time for negotiations”.

That would be the gear turning again. No negotiations, just more time. What the Commission is already signally today is that they would be happy with a further extension of two years.

What the EU would be doing is waiting for either a general election in the UK, or a new Prime Minister, or the move for a second referendum to succeed. As long as the UK is still in the EU, any of those could stop Brexit.

The only way to stop the EU and their Remainer allies overturning the greatest democratic result in this country’s history is to jam the gears now. No extension, none, not for a moment.